The Urban Nature Atlas is a collection of more than 1000 inspiring nature-based solutions from European cities and beyond.

Use the Quick Filter by selecting an icon or the Advanced Filter to identify specific nature-based solution projects of your interests. The map will be updated to show the results of your search, and a list of all relevant projects will be displayed below. Click on the title of the nature-based solutions to see further information. If you would like to remove a selected quick filter, click on it to reset. 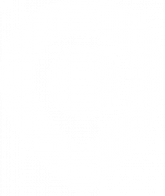 A part of the Translink Biodiversity Project, the garden will support a wide range of native wildlife and plant species as well as enhance pupils’ learning experience. (ref 2). The children of An Droichead will gain a new understanding of the environment around and a biodiversity community garden that could be used by the children and local community as an integral learning resource. (ref 1)

In 1958 the former marsh "Hellmansbruch", a botanical and zoological jewel, was drained to build the motorway junction Wuppertal North. Since 1990, the working group Nature and Environmental protection (ANU) which consists of volunteers, has maintained a protected landscape area of 3 ha (remains of the former marsh) with the regionally highest density of moorland spotted orchid in the middle of the transport junction. Based on continuous mostly manual maintenance work, such as cutting back encroaching bushes, the large orchid population could be protected and the green space area in total even increased, becoming a biodiversity hotspot. (Ref. 3 and 7). The project also includes the protection of endangered flora and fauna native to the area, including endangered amphibians. (Ref. 7) Guided tours are also offered to visitors of the "nature paradise" in order to raise awareness about indigenous and threatened nature. (Ref. 3).
Read more

Following an extreme flood event on August 9th 2008 in Glendhu Park, eight houses experienced flooding and many more came within inches of being flooded. Two swales were constructed by Dublin City Council to provide surface water storage to ensure that no flooding will recur in a similar 100-year pluvial event. The swales are designed to self-drain back into the existing surface water sewer system following a severe storm event (Ref. 1).
Read more

The biotope Schladitz is the regenerated remains of a former installation for the dehydration of sewage sludge implemented in 1952 by the communal waterworks company which used to pump its sewage sludge into the municipality of Rackwitz North of Leipzig. Upon its termination (1990), the company conducted large regeneration works of the contaminated sites from 1991 until 2011. The area was renaturalized, a biotope was implemented with plants species to retain the toxic substances. Now the area is also used for nature experience, observation and environmental education for children and adults (4, 7).
Read more

A temporary new pocket park in Bishop Street. "Previously the plot had been boarded off since a 2009 fire led to a row of shops and takeaways being demolished. The park has been created to improve the derelict land on the corner of Bishop Street and Well Street before any future developments and is part of the second phase of city centre improvements following work which included transforming Broadgate and the station to Bull Yard link." (Ref. 1)
Read more

The City Council transformed Bispetorve, from a public square, to a green urban space in the autumn of 2015 - available for a wide range of events and experiences - designed to attract life and activity. Bispetorvet was aimed to also play an important role as an attractive crossroads between Strøget, Store Torv, the new harbour area, light railway stop at Skolebakken and the harbour front car parks.” (Ref. 1)
Read more

Bjerkedalen is a recently constructed park around the Hovin creek in Bjerke District. It is situated in the middle of a settlement block, which used to have few public spaces. The park now acts as a recreational area with lots of green space, a river and several facilities for outdoor activities. The construction of Bjerkedalen park incorporated the installment of several important blue-green structures and features such as planting native trees and plants along the river, providing open grassy areas as well as reopening the Hovin river from underground pipes, with the aim of improved water quality and flood prevention.(Ref. 2)
Read more

Blackburn Meadows Wastewater Treatment Plant (WWTP) has a mesophilic anaerobic digestion facility, which enables the recycled sludge to be used on neighbouring farmlands as manure. It also enables the generation of renewable energy using combined heat and power units. All the upgrade works were to improve the quality of effluent being discharged into the River Don (ref 3). Sheffield City Council and Yorkshire Water leased an unused part of the former sewage works, to turn into a nature reserve which provides habitat for migrating birds. A water meadow created on vacant land promotes ecological biodiversity and floodwater attenuation (Ref5). In 2013, the works handle a dry weather flow of more than 158,000 cu m of sewage per day, with the treated effluent pumped into the river. It is one of Yorkshire Water’s biggest assets, but with a projected dry weather flow set to hit 368,000 cu m per day by 2025, it is in need of an upgrade (ref 6). The project is fragmented into two phases as the 1st phase was completed in 2013 and the 2nd phase will be completed by 2021 (ref 3).
Read more

The 'Painting the Town Green' project got to work with Blossoms Day Nursery, based at Wayfield Primary School. Working with parents of the two-year-olds who attend the nursery, they added more wildlife-friendly areas to the outdoor play space. The grounds are now home to colorful planters hung on the low fences, filled with bulbs which will flower in the Spring, and topped with miniature firs and winter pansies; a beehive-shaped compost bin. All of these things provide rich wildlife habitats and educational opportunities (Ref 1, 4).
Read more