With the relocation of the railways between the Hauptbahnhof and Pasing a large area became available for an infill development strategy. The redevelopment of central railway areas of Munich is in line with the city's guidelines for sustainable development (Perspective München) referred to as compact - urban - green. The initiative is aimed at implementing 7500 new flats and creating 15000 new workplaces in total, which are supported by green recreational areas. (Reference 1) The project consists of six separately planned parts, some are already partially finished. (Reference 2) This NBS discusses Birketweg, one of these parts, which is 60 hectares large. 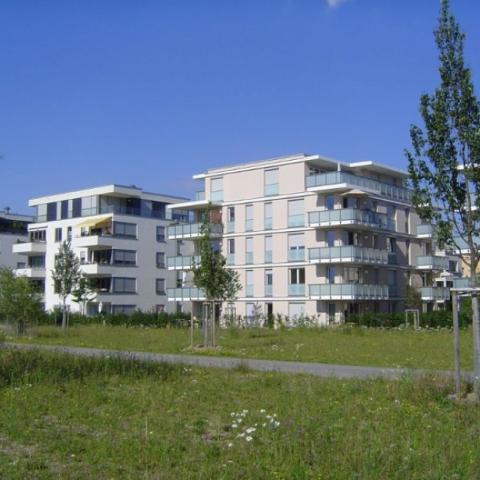 At the Hirschgarten
Source: https://www.muenchen.de/rathaus/Stadtverwaltung/Referat-fuer-Stadtplanung-und-Bauordnung/Projekte/Zentrale-Bahnflaechen/Birketweg.html

Maintenance and management of urban nature, Protection of natural ecosystems, Transformation of previously derelict areas, Monitoring of habitats and/or biodiversity

The goals of the project were to create apartments, office spaces and recreational areas in a neglected area while paying attention to nature conservation. Under nature conservation, the project is aimed at preserving of valuable "railway" biotopes, keeping an ecological corridor along the existing railway tracks and creating new biotopes. An important goal of the project is to protect specifically endangered species which exist in parts of the area, among them are species protected by the EU Habitats Directive. The project paid special attention to protect and promote the lizard population as an umbrella species, which support other species living in the railroad habitats (Reference 2, 3).

- 5 out of the 10 hectares that were home to valuable habitats were preserved and restored. - specific maintenance and development standards were defined for all biotopes and are executed by the city’s construction department gardening section - all preserved habitats were granted long-term protection in the legally binding land-use plan. - 20-hectare large agricultural land was turned to a grassland habitat complex at the northern city rim in “Langwieder Haide”, as an external compensation to promote lizard population - Connecting the green corridor to the green infrastructure network of the city and linking the neighbourhood to the train station (Reference 2) - 20 building plots were developed, out there are 13 residential buildings. (Reference 1)

The project was initiated and led by the government, but several companies took part in the implementation. In order to make the neighborhood appealing, the City of Munich, together with Aurelis Real Estate and an advisory committee, has developed a design guide for building owners and planners on the area. The development and selection of the architecture and open space concepts took place by means of competing planning processes, with selected architecture offices and in realization competitions. (Reference 1)

... an EU policy or strategy? Yes (The railway area was derelict for two decades and was inhabited by endangered species, among others species that are protected by the EU Habitats Directive. Therefore, from the very beginning of the planning the issues of biodiversity was taken into consideration (Reference 2).)
... a national policy or strategy? Yes (Right before the land-use plan was coming into force in 2007 the Federal Conservation Act strengthened species protection based on the EU Habitats Directive, and thus a strategy to protect and promote the lizard population was developed (Reference 2))
... a local policy or strategy? Yes (The development of the central railway area is in line with the city's strategy for a sustainable urban development from 1998 (Munich: Future Perspective) focusing on three dimensions: compact, urban, green (Reference 2).)

At the Hirschgarten
Source: https://www.muenchen.de/rathaus/Stadtverwaltung/Referat-fuer-Stadtplanung-und-Bauordnung/Projekte/Zentrale-Bahnflaechen/Birketweg.html 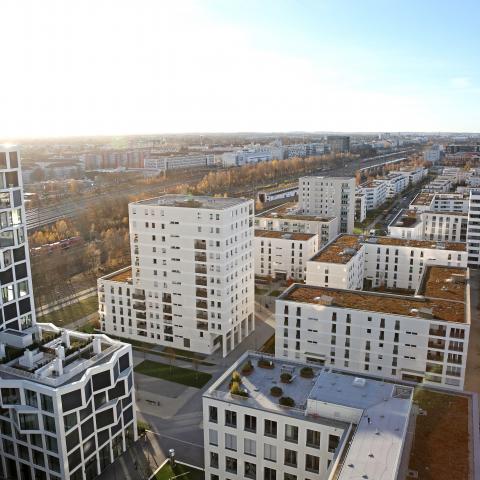